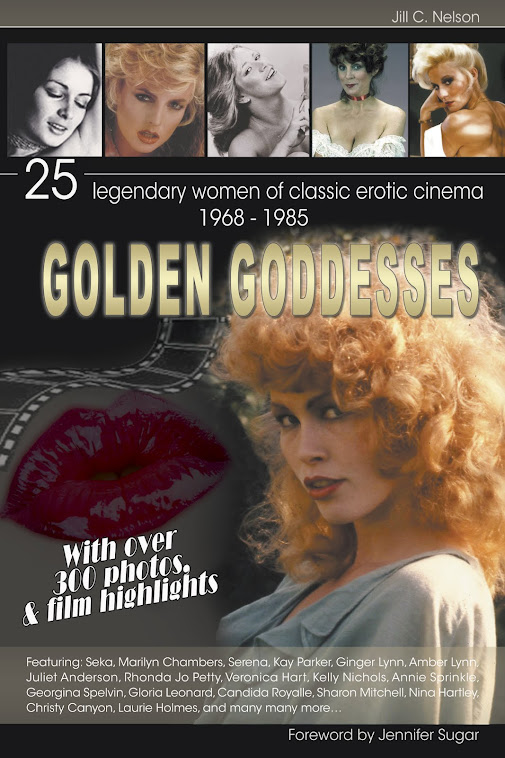 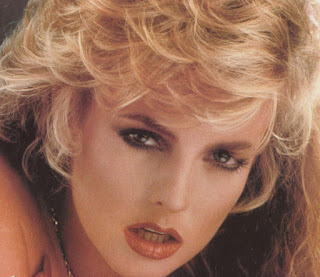 It is no secret that Rhonda Jo Petty is one of the most popular ladies of the classic era, and she is preparing to put herself out there in the coming months. For those of you who have yet to read the  book or the following quotes excerpted from Rhonda Jo Petty's chapter titled Rhonda Jo Petty: Roller Girl, please enjoy.

Rhonda Jo Petty might not quite have achieved the status of elite female performer as some of her contemporaries like Seka and Ginger Lynn, but she has clearly etched out a place as one of the sexiest and most provocative "B" ladies of the Golden Era.  A Chatsworth, California native, Rhonda Jo gained notoriety as a Farrah Fawcett clone during the promotion of her first starring role in Disco Lady (1978) because of the remarkable resemblance she bore to her Hollywood counterpart.  Petty quickly magnetized a cult fan base who appreciated her inclination for some of her raunchier onscreen activities that became synonymous with her name after her second adult feature Little Orphan Dusty (1978).  Petty has wrestled with her share of demons, and in recent years, she has worked on making peace with her past as she still feels the lingering effects of a traumatic childhood.  Petty is proud of her reputation as a pioneer and she remains one of the industry’s most noteworthy and personable feature female stars.
Although it was difficult at times for Rhonda to share certain painful memories during our interview, her candor is palpable and sincere:

"The first time I was busted in junior high, I had taken some downers and I ended up passing out in class. When I woke up, everybody was gone except for the teacher sitting at her desk. She said, ‘Rhonda?’ I said, ‘Oh shit.’ I took off running into my locker – I don’t know why but I was really messed up, and had taken too many downers. Next thing I know, the principal is in my face, the teacher is there, and there’s security. They dragged me into the office and they called my mother. They called the police and I’ll never forget the principal sitting there with a pencil telling me to follow the pencil with my eyes. My mom picked me up and brought me home. It was my father’s birthday. She paced back and forth in the living room and kept saying, ‘Your father’s going to kill you.’ It was at that point that I couldn’t take it anymore. This was going to be a really big beating. I thought, ‘I don’t care anymore.’ That was the day that I disconnected -- I cut my head off from my body. I mentally just disconnected. It’s funny down the road when I did films I was able to do that."
"You know, I always felt when I was working that a lot of the girls were there to prove their sexuality. It would just be the biggest turn-off to me. I couldn’t stand it. Some of them were really screwed up. They just couldn’t wait to work and they loved it, and they were just idiots in my eyes. I saw it as a job and you were there to work. I always had a good reputation for showing up on time. I was always a good worker and there was never a problem. I did pride myself on that fact -- I always suited up and showed up. My dad instilled really good work ethics in me."

"I view myself as a person who has her own opinion, and who has had her own experiences. This is who I am. I took a serious approach to the business and I liked the money. I think another reason that I got into the business is because of my attitude. My parents were not there for me at all. I feel like I got dropped off at the end of the world. By the time I left the house, they didn’t give a shit if I went to college. There were no offers like, ‘Oh, Rhonda, what are you going to do with your life?’ I thought to myself, ‘Fuck my dad. I’ll show him. I can take care of myself.'"
“My mom is the sweetest thing in the world. She has never judged me; she is very religious. She’s always been supportive of me and had an open door. My dad was angry in the beginning, of course, but nowadays he’ll make comments that surprise me. One time he said, “Oh, Rhonda, me and Uncle Bobby were on the internet and I told Bobby you were in Debbie Does Dallas (1978). Weren’t you in that movie?” It blew me away because it has been something we don’t discuss. Here he was coming off as if he was a little bit proud of me. He knows that I made it big in the industry and he’s made a couple of comments here and there to let me know.”
“I stay in touch with Ronnie [Jeremy] and I’m very close with Johnny Keyes. He comes down, and stays with us and cooks for us. He and my husband are the best of friends. They talk all the time. He’s more of a character than Ron Jeremy is. He lives up in Washington and he’s a jazz singer now. Johnny is godfather to my kids, and his son is very close to my daughter – they text each other all the time.”
"I’ve had to deal with the bad side of it and the good side of it. But I’m fine with it, today. I did make a name for myself, and I have a real good reputation in the business. They finally put me in the Hall of Fame."
Posted by Jill C. Nelson at 9:54 AM 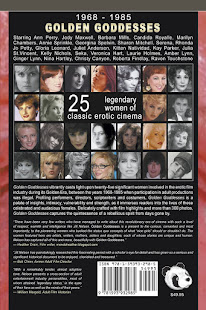